Salemtowne, a non-profit continuing care retirement community near historic Bethabara, has a rich heritage, based on 45 years of caring for older adults. 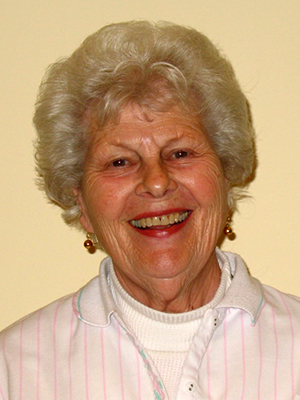 Its roots are traced back to 1887 when a poor, ill girl, dying of tuberculosis, came to the attention of two young single sisters, Marian Vogler and Mary Ann Fogle. With the help of ladies from Salem, Winston, and the surrounding area, they organized an inter-denominational group, The Dorcas Circle of the King’s Daughters, dedicated to the vision of a home to shelter the destitute, sick, and aged, as well as orphaned children.

Rooms rented in the old Siewers house on Walnut Street were furnished with donations from members and friends and supported by a pledge of $2 monthly from each of the Dorcas Circle ladies.

On October 18, 1887, Sarah Porter became the first resident along with a homeless woman, Eliza Riggan, who cared for her. Sarah died a month later but left a “legacy” of $5 from the sale of her gold-rimmed spectacles. Within two years, a permanent site, Salem Home, was purchased on the corner of Main and Walnut Streets where it was operated for 80 years. 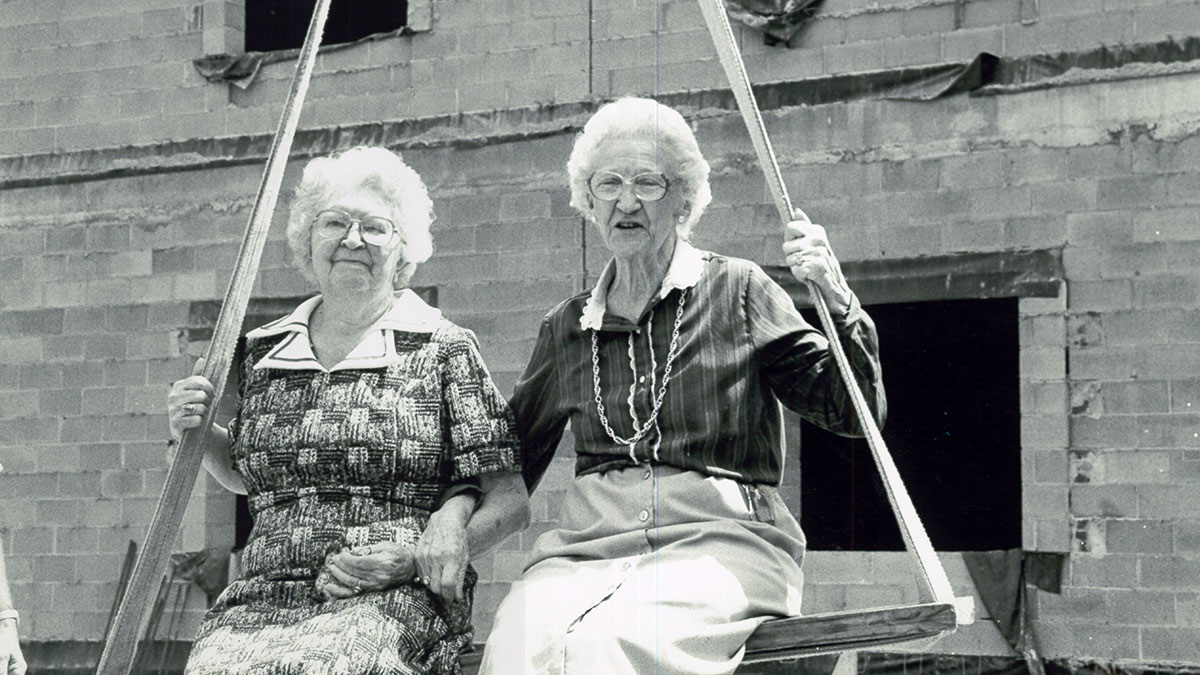 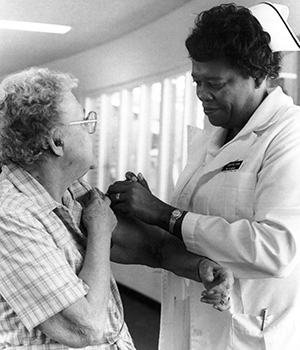 The generosity of service leagues, churches, friends and private donors brought a sense of belonging, which made Salem Home special; however, by 1968, when rising costs and changes in government regulations had become overwhelming, the problem was resolved by setting aside money for a new home. In 1972, the new Moravian Retirement Home opened its doors to both male and female residents on land that had been part of the original die Wachau tract (Wachovia Tract) where Moravians first settled.

When the first building of The Moravian Home opened, it had 40 beds for the aged and 10 in the infirmary. In 1977, the high quality of care increased the demand for services, resulting in the building of a center to accommodate 60 residents plus 24 residents added in 1984. The Moravian Retirement Home also added cottages for couples living independently and in the 1990s changed its name to Salemtowne, reflecting its transformation from one home into a growing community.

Salemtowne has continued to expand, with 20 additional residential living cottages, another apartment building, a community center and fitness center. The size of the campus doubled in 2007 when Salemtowne received a grant from the late Charles H. Babcock, Jr.’s 58-acre Westerly Estate. Another giant step in 2017 added eight acres of the gifted land for the 127,000 square foot Babcock Health Care Center. 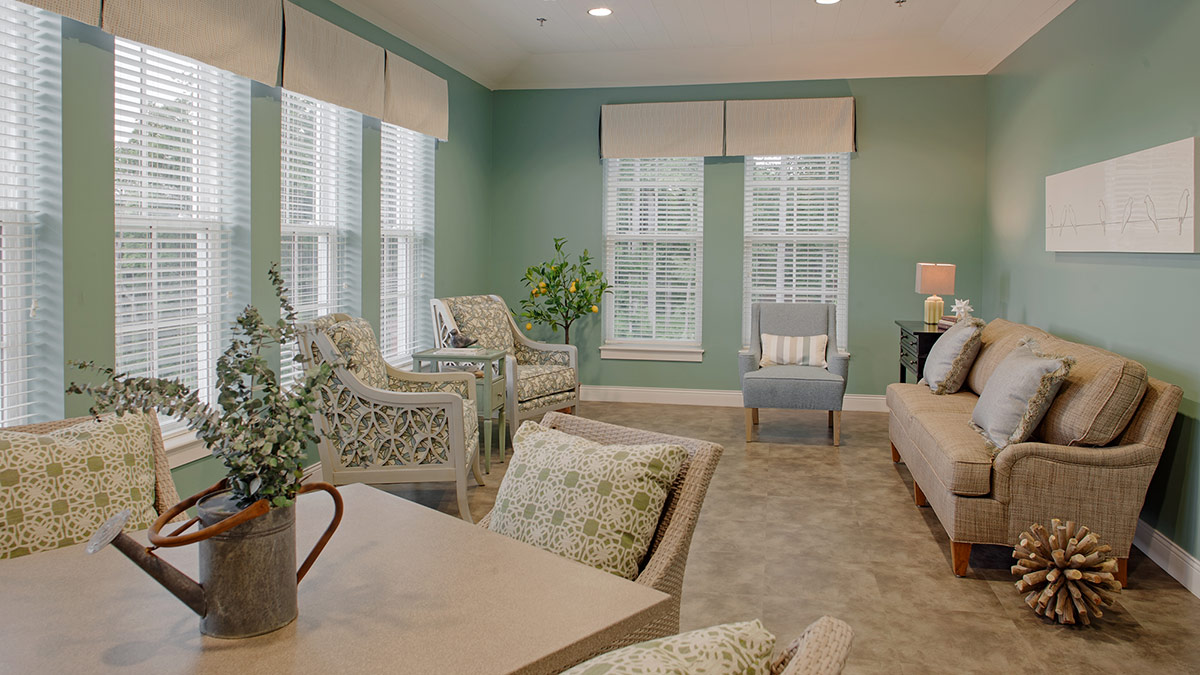 Another innovation, Navigation by Salemtowne, was introduced in 2014, to provide a Wellness Navigator to coordinate care based on a personalized plan for more than 50 members. It was one of the first Continuing Care at Home programs in North Carolina.

Now home to more than 300 residents on 120+ acres, Salemtowne has 73 cottages, 95 apartments, 56 villas under development and 46 assisted living residences in addition to a new health care and rehabilitation center. 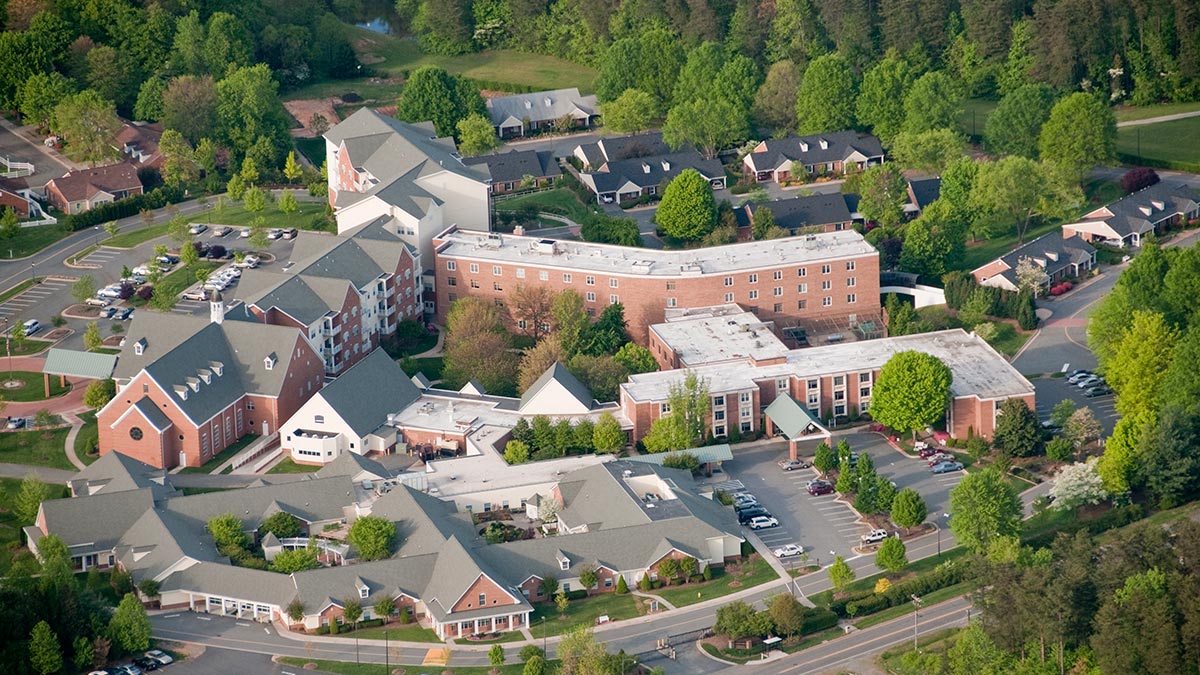 Last year, Salemtowne provided over $1.5 million in financial assistance to its residents and to organizations through in-kind support; volunteer hours; and charitable gifts.

The beauty of Salemtowne is in its residents, each of whom adds a stitch in its beautiful tapestry.

Information for this article is based on Salemtowne resident Lu Newman’s book, The Long, Long Road to Salemtowne.