Naming the Beneficiary – A Complicated Task 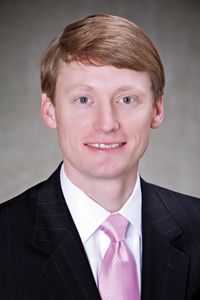 Dealing with retirement benefits in an estate plan may at first appear simple, but can often be wrought with traps for the inexperienced. The retirement plan participant, or his or her attorney, may focus solely on avoiding probate or minimizing transfer taxes without giving due consideration to updating beneficiary designations and the tax impact of the retirement benefits. Thus, during the planning process, several issues must be considered:

Distribution Rules and Designated Beneficiaries. A primary issue appears in the minimum required distribution (“MRD”) rules which require distributions to be made from the retirement plan at a certain rate. During the participant’s lifetime, distributions generally must begin no later than the Required Beginning Date (“RBD”) – April 1 of the calendar year after the year in which the participant reaches age 70½. After the participant’s death, distributions must be made in equal installments over the life expectancy of a Designated Beneficiary (“DB”). In order to have a life expectancy at all, the DB must be an individual – an estate or a charity, for instance, can never be a DB, although it is still possible to name a charity as further described below.

If a trust meets certain legal requirements, it is possible to “look through” a trust to its beneficiaries for purposes of determining the DB. If a surviving spouse is the sole DB of the plan, special MRD rules apply under which the spouse can defer MRDs until the year in which the participant would reach age 70 ½ and may recalculate her life expectancy annually. In addition, the spouse of a deceased participant may convert benefits received outright to a new IRA or treat the participant’s IRA as his or her own.

Charitable Beneficiaries. Since a retirement plan remains subject to income tax even after the death of the participant, it is the best asset to satisfy charitable bequests at death. Charitable organizations described under section 501(c)(3) of the Internal Revenue Code are exempt from income tax, so naming a charity as a beneficiary of a retirement plan means that 100 percent of the designated retirement plan assets will pass to the charity, avoiding the income tax otherwise payable by a non-charity beneficiary.

Naming a trust as beneficiary of the plan is often a more appropriate option, but it is wrought with constraints. The rules that apply when designating a trust as beneficiary are complicated for even a seasoned estate-planning attorney. Running afoul of these rules can trigger undesirable income tax consequences. In addition, the COB form may not provide the space necessary to identify the trust with appropriate specificity. Oftentimes, an attachment must be prepared and affixed to the COB form, so that these complicated rules for naming trusts can be met.

Planning for individuals with retirement benefits adds new challenges for the retirement plan participant and his or her estate-planning professional. Each situation must be evaluated with scrutiny to ensure the retirement plan benefits will be administered consistently with the estate plan and in a tax-efficient manner.