On What’s New in Cataract Surgery 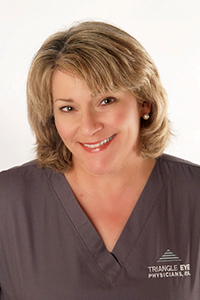 With age comes the slowly increasing haze and glare associated with a clouding of the natural lens of the eye which affects everybody to some extent. Some 24 million Americans have a cataract; more than 3.6 million cataract surgeries were performed in the United States last year and more than 20 million worldwide.

Visual disability caused by cataracts is a widespread problem, recognized since ancient times.

The first cataract surgeries were recorded around 400 BC. Today, after almost 2500 years, we are at the dawning of a new era of cataract treatment, safely restoring sharpness, contrast and color as well as the ability to focus at multiple distances, just as you did when you were younger. This improvement on visual depth, not just clarity, is unprecedented.

The search for an ocular “fountain of youth” that restores the depth of vision has been ongoing ever since surgeons started replacing the eye’s natural lens with a man-made lens.

Beginning in the late 1940’s, increasing sophistication of IOL design and materials has returned vision to millions, ever more safely, quickly, and accurately.

Most IOL implants are designed to focus best at one distance, requiring glasses to see near and at midrange; however, since the first multifocal lenses were approved in 1997, there has been an explosion of research in restoring the eye’s range of focus, decreasing the need for glasses.

In July 2016, the US Food and Drug Administration approved a new IOL, the Abbott Symfony, which provides an extended range of focus from far to near. This IOL provides excellent distance and midrange vision, as well as good to very good near vision. The design improves on some of the drawbacks of earlier versions that gave users some flare and glare at night.

Lasers have been used in the treatment of eye disease since the 1960s for diabetic eye disease, glaucoma, macular degeneration, or LASIK. A newer laser, a “cold” laser called the femtosecond laser, is now being used to help remove cataracts. The laser is used before the actual cataract procedure to create incisions and soften the lens before ultrasound and aspiration complete its removal.

Current results of laser-assisted cataract surgery are comparable to those using standard techniques; however, IOL designs in the future may require the precision of the laser for a successful implant.