Is the 60+ Adapting to Technology? 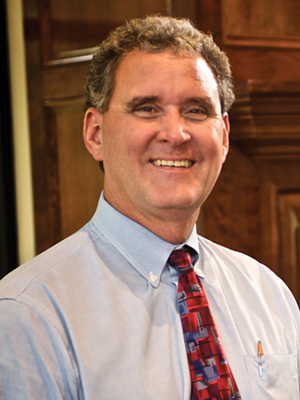 David Ammons is president of Retirement Living Associates, Inc. (RLA), a company which provides planning, development, marketing, and management services for new and existing retirement communities. He has worked in and with Senior Living Communities since his graduation from Wake Forest University in 1985. Contact David Ammons at david@rlainc.com or 919-783-0044 ext 21.


This issue I asked an associate, Chris Burns, to address the future of smart phone use among older Americans. I hope you enjoy this as much as I did.

At a recent Rotary club meeting, I was shocked and fascinated to hear for the first time about IBM’s Knowledge Curve. In a nutshell, the IBM Knowledge Curve theorizes that up until 1900, human knowledge had doubled about every 100 years. However, since 1900, human knowledge has been on an exponential rate of growth and is now doubling about every 13 months. Although shocking, when you start to think about all of the ways you access information today, the theory starts to make sense. After all, 20 years ago you went to an encyclopedia or the library to research something. Now you simply ask Siri or type the question into Google. And what device did you use to ask Siri or access Google? Likely, it was your smartphone. I am convinced that the smartphone is what Steve Jobs had in mind when he developed the first Macintosh in the mid 80’s and began pushing for faster, smaller, and more powerful devices.

But just how many folks over the age of 60 are actually using these smartphone devices? The latest numbers that I have seen show close to 85% of this age group own a cell phone and about half of those actually own a smart phone. Keep in mind that this is the same generation that typically asked their kids to program the VCR, so the fact that nearly 50% of them own a smart phone is somewhat surprising.

Now back to that Rotary Club meeting; when we say that the knowledge curve is increasing exponentially, many things are driving that movement. Consider this, the usage of smart phones by seniors has increased by four-fold in just the last 5 years, going from roughly 11% in 2014 to over 40% now. As that growth is only getting faster, more than 90% of seniors will own smart phones within the next few years. That’s a lot more hits on Google and a lot more “likes” on Facebook.

So, does that mean that most older adults will be ordering their pizza or snapchatting about the latest happenings at the next Summer Olympic Games? Well, not necessarily. The older generations tend to use their devices in much different ways than their kids and grandkids. Next month we’ll continue this conversation and talk about HOW the 60+ generation is actually using their smartphones.

Chris Burns is a Partner with Summit Marketing Group in Hendersonville North Carolina. His firm regularly helps clients position their products and services to reach senior adults with the right messaging through the best means. Learn more about him at summitresults.com.